I deeply apologize for the lack of updates around here.  I guess I sometimes forget that I have this blog, especially since I have my Facebook page...and the fact that I have not completed any costumes recently!  Unfortunately I will not be attending Celebration Anaheim next week, but we will definitely be saving up for the next one!

That being said, some of you may know about my new adventure as a featured blogger with The Cantina Cast.  I recently published a post about Costuming basics, and here it is  :)  My hope is to make this a recurrent series, and I am in need of your input as to what I could cover in future entries. Check out the first installment and let me know what other questions you have or about what other things you have questions.

Thank you...and hopefully I will have more updates as soon as I finish some of my in-progress costumes :)
Posted by PadmeSkywalker at 14:04 2 comments:

Do You Take Commissions? 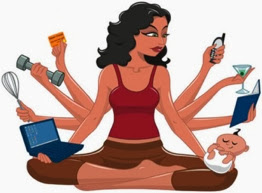 I have had this question pop up in a few posts lately and I just wanted to put this out here in a different spot. My stance on taking on commissions is on the sidebar of this blog, included with my "about me" information. However, for anyone wondering about whether I would commission something for them...

I do not take on commissions!

I currently barely have enough time to do what I absolutely have to do...like housework, work, grading, and my personal projects.  I cannot, in good faith, take on any other projects where others are depending on me to complete something in a timely manner. Add to this my past bad experiences in doing something for others I thought were friends, I just cannot do this at this time.  I hope everyone understands, as I do not wish to offend anyone.  I have this blog so that I can share my costumes and the information/research I found helpful when completing them in the hope that I can help someone with theirs.  Thank you for your understanding with this, and I do hop that you continue to follow me here :)
Posted by PadmeSkywalker at 21:00 2 comments:

Two weeks ago it was announced that Star Wars Celebration is coming to Anaheim, California in April of 2015.  Although at first my husband and I thought "there is no way we will be able to go this time," mostly because our son will be in preschool at that time, we have since discussed the timing of the convention and decided that, as long as all goes well and we are able to save enough money, we will be able to make the trip out to California!!  This time, we plan on taking our son, as he will be 5 years old at that time, and will be taking a few extra days to visit Disneyland and maybe some other attractions.  When tickets and hotel rooms went on sale this past Wednesday, I was able to secure us a room for 10 nights (although the length of time we can stay may change)...but at least we have a room :)

Now the planning begins...not only for the trip itself and what we plan to see and do besides the Convention, but also for what costumes we will be taking (rather, the costumes I will be making).  Currently, I am planning on finishing some of the costumes I have started for myself and add one or two that are on my current "plan to make" list; my husband would really like for us to start his Wookiee Warrior costume soon so that we can have it finished before then, and we do have his Bail Organa costume that still needs a few finishing touches; and finally, I am still in the planning stages for a couple of costumes for my son (he WILL have been introduced to the saga by then).  At this time I am considering the following costumes for my son:  a X-Wing pilot, an Episode I Anakin (maybe the pod-racing costume), a farm boy Luke, and possibly something else like Boba/Jango Fett or Ewok/Jawa or whatever else, all depending on whether he is ok with helmets or what-not.  I will definitely know more in terms of costume plans in the months to come, but I just wanted to throw some ideas and updates out there.

I will keep you all updated in the coming months on any progress and plans!!  Until then...May the Force Be With You All!!
Posted by PadmeSkywalker at 21:15 No comments:

May the Fourth Be With You!!

Hello everyone!!  I just wanted to take a moment and wish you all a very Happy Star Wars Day...and, May the Fourth Be With You...Always!! 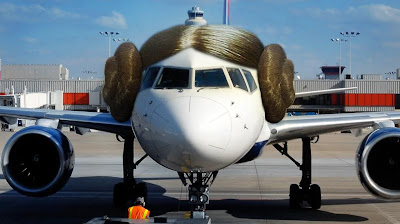 Also, I have finally gotten my sewing room re-organized after getting new carpet in the room...yay!!  Hopefully things will settle down around here some so that I can get back to work on my projects.  Until then, I wish you all well in whatever your ventures may be!!
Posted by PadmeSkywalker at 12:11 No comments:

I came across this article through a fellow Legion member, costumer, and cosplayer.  With the convention season fast approaching, the start of this movement could not be better-timed.  I have not been a victim of this type of behavior...and I hope that I never am.  However, I do know some fellow costumers who have been subjected to the demeaning comments and actions some con-goers feel entitled to do.  Currently, my husband and I are not planning on attending any conventions this year...but I just wanted to help get the word out about this movement.  So, for any of you attending any number of conventions this summer, please be attuned to your surroundings and please do not be afraid to stand up for yourself and anyone you see being treated horribly.
Posted by PadmeSkywalker at 22:39 No comments:

I just wanted to let all of you know that you can now follow me on Facebook!!  I created a fan page for anyone who is a member of the site.  Just click here and hit "Like".

Just like with this site, I do not always have the time to update the page, but I hope to keep up with that one a little more.

Thank you all for your continued support.  I hope to get back to sewing as soon as our carpet is installed and I get my sewing room back together.
Posted by PadmeSkywalker at 22:37 No comments:

I just wanted to take a moment and wish all of you a wonderful holiday season, whatever holiday it is you celebrate this time of year!!  Here's to new beginnings and hopes in the New Year.  Until then...May the Force Be With You All :)
﻿
Posted by PadmeSkywalker at 15:37 1 comment:

Welcome to my site!! This site is devoted to my Star Wars costumes...a passion I developed shortly after the release of Revenge of the Sith in 2005. As my projects become completed, I will post information on how I did them (i.e. patterns, fabrics, accessories, etc.) as well as pictures of the final product. Also, some costumes may undergo updates/revisions, so please check back for those, as I will post an "Edit/Update (date)" comment in the original post. I hope this will allow me to share my passion in a more diverse way.
I do want to add that I currently do not take commissions. I have done some in the past and did not have a good experience, so I have chosen not to add that stress to my already busy life. I thank you all for your understanding.


Thank you again...and May the Force Be With You...Always!!


****As a side note...for those of you who do not know the movie abbreviations I am using, here is a translation:

Breha Organa
Only need to add support to sleeves...otherwise, complete!!
Atris
Gown, undershirt, and tabards cut out and sewn together; still need to embroider pattern on tabards; still need wig.

All official reference images and characters are the intellectual copyright property of Lucasfilm LTD (LFL). No copyright infringement is intended, and all images have been used in the research, making, and presentation of these costumes. I am in no way directly affiliated with LFL, and only make these costumes for personal use and not for profit.